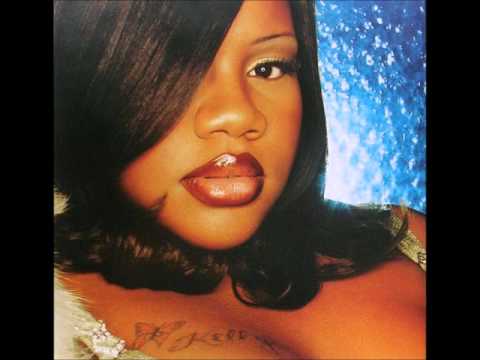 There was a time when large women dominated the black music scene. From blues singers Big Maybelle and Bessie Smith to such rhythm-and-blues queens as Dinah Washington and Etta James, these women could belt out a song and exude sexuality with every powerful note. But as black music was increasingly marketed to pop audiences, black female artists were expected to conform to mainstream ideals of feminine beauty. Big soul belters were replaced by skinny soul waifs, starting with Diana Ross and continuing in the video age with an assortment of hitmakers that include Toni Braxton, Mya and Monica.

The ascendancy of Kelly Price, a plus-size singer-songwriter-producer who appears tonight at MCI Center with R. Kelly, marks the triumphant return of what she calls “the big sultry sister.”

Calling from the basement studio of the Long Island home she shares with her husband and manager, Jeffrey Rolle, and their two children, Price is talking about her successes over the past year, which include selling more than 1 million copies of her debut album, “Soul of a Woman,” winning numerous Soul Train Music Awards and collaborating with such pop superstars as Whitney Houston and Elton John, who calls Price “the best young black singer in America.”

But these accomplishments are not the rewards of an overnight success, but rather the spoils of a long and hard-fought war. Price, who wears a size 22, says she needed to accept herself as a large woman before she could demand similar acceptance within the image-obsessed music industry. “I’ve always been big,” she says. “I’ve been the little fat girl in the classroom. And it’s been a very painful process to learn how to love myself. It took a lot of tears and a lot of praying. I can’t even say I did it. It really took some divine intervention to become okay with who I am.”

Price, who started performing in her grandfather’s Pentecostal church as a child, got her big music industry break when she and her sister Shanrae landed a gig touring as background singers for pop star Mariah Carey. But despite that tour and some background recording work the sisters did for Carey, they found their weight to be an obstacle when they looked for other jobs. Eventually, Shanrae gave up and left the industry altogether. “The music business was hard on both of us,” Price says. “But it got to a point where she was tired of the struggle. She was tired of fighting. She was tired of competing against skinny women who couldn’t sing half as well as she could.”

For a time, Price sidelined her solo ambitions and focused on working behind the scenes, writing, arranging and singing background for various artists. A chance studio encounter with artist-producer-mogul Sean “Puffy” Combs led to her becoming the lone hit woman among Puffy’s writing and producing arsenal of hit men; Price wrote and arranged such hits as SWV’s “Someone” and Brian McKnight’s “You Should Be Mine,” and sang the hooks to several smashes, including “Mo Money, Mo Problems” by the late Notorious B.I.G.

Price has also collaborated with B.I.G.’s protegee Lil’ Kim, with whom she recorded “I Want Diamonds” from Kim’s forthcoming sophomore album, and Mase, who recently shocked the hip-hop world by announcing he was retiring from rap to devote his life to God. Even Price was “really surprised to hear it.” But she adds, “The Christian experience is a very overwhelming thing when you first experience it.”

Working with these and other artists proved lucrative for Price, but she says that even in the studio, she encountered barriers to success–not because she was a large woman but simply because she was a woman. “It’s a fight,” Price explains, describing what women face when trying to become record producers. Although producers such as Valerie Simpson, Angela Winbush, Missy Elliott and Lauryn Hill have made great strides within the industry, Price claims that becoming a producer is still “like trying to join an all-boys club.” Women producers cannot demand the same pay as men, she says, and often do not get proper credit for their work.

For Price, the studio is just another place where women experience such barriers. Growing up in the conservative Church of God in Christ, Price knew of no female pastors, even though her grandmother, mother and aunt were all evangelists. “In church, I’ve heard a lot of people say that they could never sit up underneath a woman pastor,” she says, “but I feel that if God is gonna speak through somebody, he can speak through a woman just like he can speak through a man.”

As Price continued to write and produce songs for other artists, she increasingly found that she wanted to sing those songs herself. Puff Daddy offered her a deal with his Bad Boy label, but she says now that she felt “insecure” about it. “The man wooed me and wooed me from Day One,” she says. Still, she was scared that one day he would ask her to lose weight.

In the end, she walked away from Combs’s offer just as she had walked away from an earlier one from Carey’s now-defunct label Crave. “I told myself that if I could walk away from Mariah Carey and Crave Records, then I could do the same with Puff Daddy and Bad Boy, and if it’s meant for me, it will happen,” she says.

Price finally got a record deal through R&B legends the Isley Brothers, whom she met while working with Puff Daddy on a remix of their single “Floatin’ on Your Love.” They kept in contact with Price and asked her to go on tour with them. “Before we came off the tour, there was a contract on my attorney’s desk,” she says. So she signed with the Isleys’ T-Neck label, which is distributed by Island Records.

Initially her career flourished from the relationship with the Isleys. The remix of her debut single, “Friend of Mine,” featuring Ronald Isley, helped the song go No. 1 on the R&B charts. But toward the end of last year her business relationship with the Isleys soured. According to a lawsuit filed last February in Los Angeles Superior Court against T-Neck Records, Island Records, Ron Isley and the Isley Brothers Music Corp., Price alleges, among other claims, that T-Neck inappropriately used her name to promote concert dates with the Isleys, and that T-Neck tried to interfere with her participation on a Whitney Houston record, as well as other planned collaborations. While none of the parties involved will comment on the suit, Price says she still loves the Isleys “very much. But it’s like trying to work with family. Sometimes it just doesn’t work.”

What has worked for Price is her collaborations with other artists. In recent months she’s been seen alongside superstars Houston and Faith Evans, performing their pop and R&B hit “Heartbreak Hotel.” Price calls this soulful trinity “Supremes 2000.” “We have a chemistry that worked very well together. We got along very well,” she says.

During the video shoot, she says, the working moms “talked about everything from carpooling to wiping snotty noses.” They even had nicknames for each other: “Faith calls me Kelly ‘Proper’ Price. She tells me, ‘Everything you say is so proper. I hear all your s’s and your t’s.’ ”

“I grew up in a house with a mother who was a reading teacher,” Price says. “I had to be that way when I was at home because my mother wasn’t having it.”

In fact, there were many things that Price’s mom wasn’t having, such as secular music in the house. One year for Christmas, Price got a little red AM/FM cassette radio. She says, “It was the year ‘Centipede’ was a big hit for Rebbie Jackson,” she says. “That was my favorite song. I locked myself in my bedroom and I had the radio plugged up with headphones. And I’m in the bed just twisting and turning, and shaking my booty, singing ‘Centipede,’ so I didn’t hear my mother walk in the room.”

Her mother was livid. “She looked at me and said: ‘I am not playing with you. You know I don’t allow this music in the house, and if I catch you listening to it again, I will personally take this radio and throw it down the incinerator.’

“Of course it didn’t stop me,” Price says. “But I was a lot more careful.”

Price’s mother, who was the musical director of Price’s grandfather’s church, took music “as seriously as she took schoolwork,” says Price, especially when teaching her young daughters how to sing. “When it was time to rehearse, if I wasn’t doing what I was supposed to do, she would throw a shoe. Sometimes she’d throw her house keys. She’d let me have it.”

Such discipline may help explain Price’s rich alto vocals, which ebb and crest in deep emotive waves, rather than exploding in uncontrolled shrieks. Through her vocals, Price has also turned her mother’s enunciation demands into a powerful and somewhat uncommon technique. Where many soul singers slur their words to convey emotion, Price issues each word with punctuated force, making her performances inescapably believable. On “Soul of a Woman,” which exemplifies R&B at its cathartic best, Price speaks to women who have been wronged.

How can she sing such sad songs effectively when she’s happily married? “I wasn’t born with the perfect relationship,” says Price. She met Jeffrey Rolle when she was 13 and they started “talking on the phone” when she was 16. “Even though we’re still together now,” she says, “I can’t tell you that he’s been faithful every single day since I was 16 years old. We were very, very young.”

Price brings these experiences to songs like her latest single, “It’s Gonna Rain” from the “Life” soundtrack, in which a woman feels that her man is starting to stray: “Something in my soul ain’t right/ I can’t sleep at night/ Wondering when the change gon’ come/ Feeling that I’m not the only one.” But the ultimate message of the song is one that Price and Rolle have learned together–that there are “some relationships worth fighting for.” Still, Price believes, “part of being a strong black woman is knowing when it’s worth saving and when it’s not worth saving.”

The video for “It’s Gonna Rain” is based on a concept by Price, who has taken control of her video image from the very beginning, since videos are notorious for derailing the career goals of heavyset artists. D.C. favorite Phyllis Hyman, who struggled with her weight throughout her career and committed suicide in 1995, often complained that as videos became more prevalent, she saw less talented singers zip past her on the charts.

Many large female performers wear dark clothes and hire models to dance or act in their videos. But in her “Secret Love” clip, Price wears a hot pink leather pantsuit and dances along with her background dancers.

“I credit God for getting me to a place in my life where I can actually look at myself and feel like I’m good enough to stand next to anybody,” she says, “whether it’s on television, onstage or in a magazine. The consumer just wants good music–no matter the size.”

One thought on “From The Vault: Kelly Price”